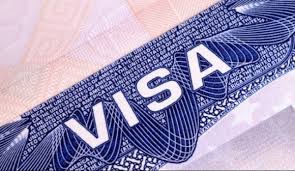 The U.S. Department of State (DOS) has released the March 2019 Visa Bulletin. All cutoff dates referenced refer to the dates in the final action (FA) chart, unless otherwise specified.

The cutoff dates in EB1 for India and China move to February 22, 2017. For all other countries of chargeability, the cutoff date is set at January 1, 2018.

In March, EB2 India inches forward by a mere three days, to April 9, 2009. EB2 China, meanwhile, moves ahead to January 1, 2016. All other countries of chargeability remain current.

In the EB4 category, Mexico advances to January 1, 2018. EB4 for El Salvador, Guatemala, and Honduras remains at March 1, 2016. The category remains current for all other countries.

EB5 China moves slightly forward to September 8, 2014. The EB5 Vietnam cutoff date moves up by a month to July 15, 2016. The category remains current for all other countries.

As soon as any additional updates or predictions are provided, the information will be posted on MurthyDotCom. Subscribe to the free MurthyBulletin to have future updates delivered to your inbox.