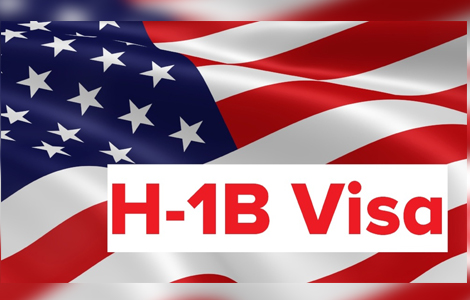 New U.S. Citizenship and Immigration Services (USCIS) data reveal the Trump administration’s crackdown on high-skilled immigration has hit the information technology (IT) services sector the hardest. Such services have been important in making U.S. companies more competitive and increasing U.S. economic growth, which means, according to analysts, administration policies are harming American companies and the U.S. economy.

In FY 2018, USCIS denied 80% of the H-1B petitions for new (initial) employment for Capgemini, a French multinational, 61% for U.S. company Cognizant, and between 34% and 54% for IT services companies Syntel, Infosys, Mindtree and HCL America. To put these figures in perspective, major U.S. tech companies, including Amazon, Facebook and Apple, had 1% or 2% of their new H-1B petitions denied in FY 2018. (See Tables 1 and 2.)

USCIS says 60% of all completed H-1B cases received a Request for Evidence in the first quarter of FY 2019, which companies consider a high level that adds time, cost and uncertainty to the process. FY 2018 data show even H-1B extensions for existing employees were denied about 25% of the time for many IT services and consulting companies, even though such employees had been previously approved for visas.

A major disconnect exists between those making U.S. immigration policy – now designed to make it very difficult to hire people with sought-after technical skills – and the role digital platforms play in determining the competitiveness of companies. “One of the most significant secular trends today in U.S. business is the move to utilize digital transformation to increase competitiveness,” according to Peter Bendor-Samuel, founder and CEO of Everest Group, one of the world’s top research firms focused on information technology, business process and engineering. “Almost every major U.S. firm is building some form of digital platform so it can enhance its competitive position both domestically and internationally. This is probably the most important thing these firms are doing and success will define both company and global success as we move into the future.”

Bendor-Samuel explains access to talent is crucial for IT services companies to conduct work for U.S. clients attempting to build these digital platforms. “The U.S. faces an acute shortage of digital and IT skills and these digital transformations and digital platforms require a significant amount of these skills to build and maintain,” he said in an interview. “The access to international talent and particularly to the large Indian talent pool is vital to the success of these programs. When the administration restricts the ability to bring these scarce skills into the United States by restricting H-1B and L-1 visas, making the granting of these visas more difficult and less predictable, it directly affects these firms’ ability to build and scale these digital platforms and negatively affects the competitiveness of U.S. companies.”

The administration’s immigration crackdown against IT services is taking place even though economists recognize the key role such services today play in spurring a nation’s economic growth. “The relationship between services growth and overall economic growth has become stronger in the past two decades as services’ average contribution to GDP [gross domestic product] and value added has increased,” explain economists Dr. Patricia Buckley and Dr. Rumki Majumdar in a study for Deloitte. “In 2015, services’ value added accounted for 74% of GDP in high-income countries, up from 69% in 1997. The contribution of services’ value added to GDP was higher in the United States than among its peer high-income nations.”

Vic Goel, managing partner of Goel & Anderson, said in more than 20 years of representing companies he has never seen the tactics currently used to change how U.S. immigration law is applied. “The data reflect the different evidence required and different approach to adjudication USCIS requires of companies whose employees work at third-party work locations versus employers who engage in traditional employment at their own location,” said Goel in an interview. “It is striking that approval rates are so markedly lower for IT services firms.” Immigration law does not indicate a different standard for adjudication based on the type of firm or the location work will be performed, attorneys point out.